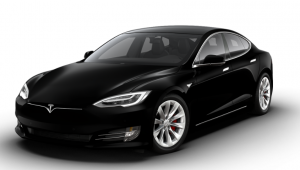 Since this article was published last summer, a few things have changed with Tesla in general, Below you will see some updated information on the various Tesla models, including some new models like the Y with Dual Motor. Unfortunately, I can only find published lease specials on the S Models. The lease payments come with the incentives figured-in already. Still, none of them are very good deals. Skip below the lease ratings to learn more about each of the cars.

The Tesla Lease is a bit more complicated than other car leases. While Tesla leasing offers an exciting path to a unique driving experience, it is by no means a more affordable or practical way to lease cars. Still, the Tesla is one of the most exciting cars ever built and has turned Nikola Tesla into a legend and idol around the world. If Tesla Leasing affords you a way to drive a car for three that you normally wouldn’t be able to drive by paying for it out of your pocket than it is worthy of your consideration. Before we get to the Tesla lease deals, it is important to note that Tesla’s are not on the market at dealers in the same way you can find other cars. Therefore, Tesla lease differs from most other car leasing. Before we get into the Tesla Lease ratings, it is worth learning some of the basics about the Tesla car which really is like no other car.

How to Buy a Tesla

A Tesla car price is pretty much set in stone unless it is used. Unlike other cars, new Tesla cars are built to order. There are no Tesla dealerships. Instead, there are Tesla showrooms which feature a few different used models with various mileages on them.  This is where you can test drive a Tesla before deciding on the model you want. After that, buying a New Tesla is pretty much the same as buying a product from Amazon. Choose your model, equip it to your liking,  and then they are delivered to your door. Of course, you will still have to do all of the necessary paperwork just as you would with any car or major purchase. There also some fees to consider such as reservation fees, applicable fuel savings discounts, and government rebates which may or may not still be available to you depending on the model you choose. You will have four Tesla models to choose from: Model S, Model X, Model 3, and Roadster. Unfortunately, leasing is only available on the different versions of the S and X Tesla platforms.  Below is the Tesla car price of each of the available models that can be leased. Price varies according to features, battery-life, and performance. 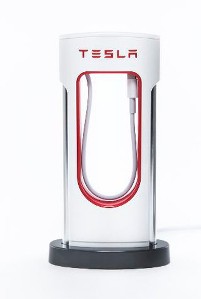 Whether you lease or buy, you will need to consider how you plan on charging your Tesla. You will also want to order a Tesla Wall Connector for your home or office.

For faster charging, you may need an electrician to wire your garage with the proper receptacle. Lastly, you will want to know where the Tesla charging stations are before you embark on any round trip which extends beyond the mileage range of your particular Tesla model. There are numerous Tesla charging stations across the globe which are capable of charging your Tesla in a matter of minutes. These stations are called superchargers. Tesla advertises a total of 1,308 Supercharger Stations in North America with a total of 10,622 Superchargers. One important thing to understand is that driving a Tesla is not without fuel costs. You will still have to pay to charge your Tesla at one of the supercharger stations. The price is about 59% of what it would cost you to drive a gasoline automobile. Of course, that price varies based on what type of gasoline-fueled care you are comparing it to. Considering a Tesla Lease is no cheap proposition, the cost of fuel versus cost of battery is a viable consideration.

These Tesla Lease deals are based on the Tesla website. I’ve taken their lease terms and broken them down into average car payments to provide you with the lease value ratio. In order to truly derive at your net average payment or effective payment, you will have to consider your savings in gas.

Tesla Leasing: Is it Worth it?

If you have read my lease value ratios and followed the monthly car lease deals every month, then you know that these Tesla Leasing offers, to put it bluntly, are terrible. Unlike other electric car lease deals, a Tesla lease on these models doesn’t give you the $7,500 Federal tax credit. The $7,500 averaged into the cost over 36 months would reduce your average payment by $208.33 a month. This would make a huge difference in the lease value ratio. For instance, the average payment on the Tesla S 75D would go down from $893.00 to $685.00 per month, reducing your LVR to just 0.93%. Currently, The Tesla Model 3 does offer you the $7,500 tax credit, but there are no leasing offers available for these cars.

As I said several months ago, and not much has changed, the best way to afford a Tesla Automobile is to either purchase a slightly used Tesla S, Y, or Tesla X, or buy a new Tesla Model 3 and take advantage of the $7,500 Federal Tax credit. The Tesla Lease is an attractive idea, but as of right now, it is simply not an effective way to drive such an automobile. I will keep my eyes on Tesla leasing and report an changes right here on this page, so check back soon. 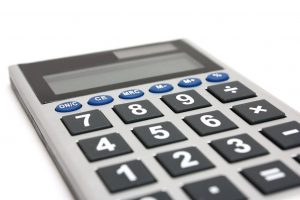